Phil McIntyre Live Ltd are thrilled to announce that internationally renowned comedian and actor Jack Whitehall is to host a benefit gig in aid of Diabetes UK. For one night only at London’s glittering Savoy Theatre, Jack will be joined by some of the UK’s top comedians.

Jack said, “Very excited to announce a very special fundraiser event to raise money for a charity very important to Roxy and I. The lineup up for this show is shaping up to be INSANE! So grab a ticket while you can.“

Jack Whitehall is an award-winning comedian, actor, presenter and writer. His recent film credits include co-starring in Disney's Jungle Cruise alongside Dwayne Johnson and Emily Blunt (summer 2021) and co-starring in Paramount's Clifford The Big Red Dog (winter 2021). Jack's TV credits include five series of hit Netflix show Travels with my Father, BBC’s Bad Education, co-starring in the BBC adaption of Decline and Fall and playing the role of JP in C4's critically acclaimed Fresh Meat.

In addition, Jack has appeared three times on the Royal Variety Performance, including becoming the youngest ever host in 2015 and he has also hosted numerous prestigious awards including the Brit Awards, the British Fashion Awards and the GQ Awards. An acclaimed comedian, in 2019/20 Jack toured his fifth and biggest ever stand up show, Stood Up, around arenas in the UK and Australia, which was also filmed for Netflix.

All ticket profits (which will exclude any package extras) will be donated to Diabetes UK – All performers are donating their services free of charge.

Diabetes UK’s aim is creating a world where diabetes can do no harm. Diabetes is the most devastating and fastest growing health crisis of our time, affecting more people than any other serious health condition in the UK. With the right treatment, knowledge and support people living with diabetes can lead a long, full and healthy life. For more information about diabetes and the charity’s work, visit www.diabetes.org.uk 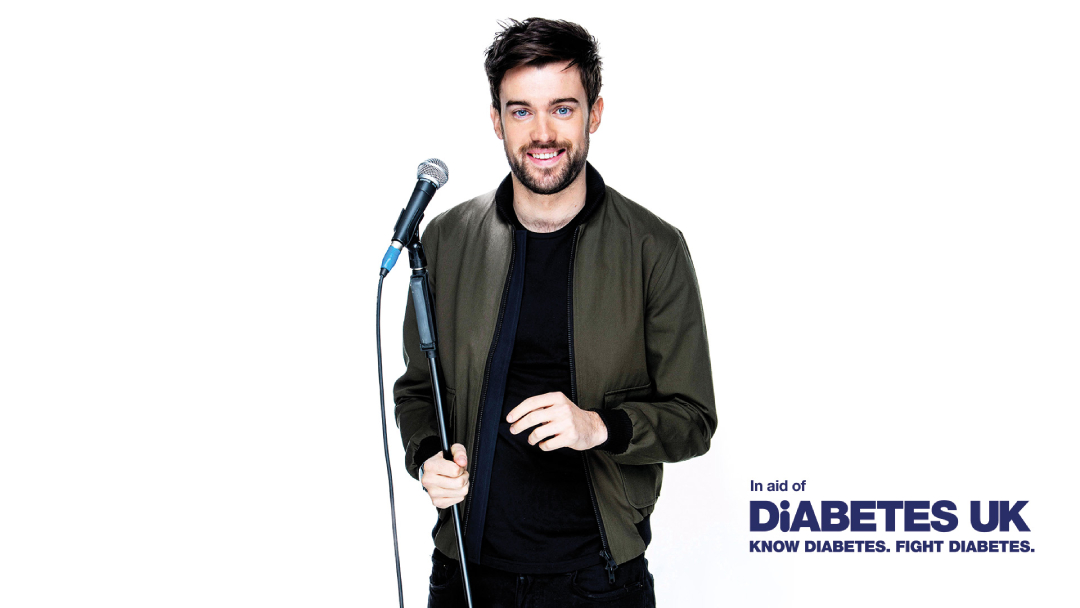